Full casting and creative team has been confirmed for PAINTING FAYE SALVEZ at NYMF this summer! We are thrilled to be working with this brilliant team, and can’t wait to start rehearsals this July. 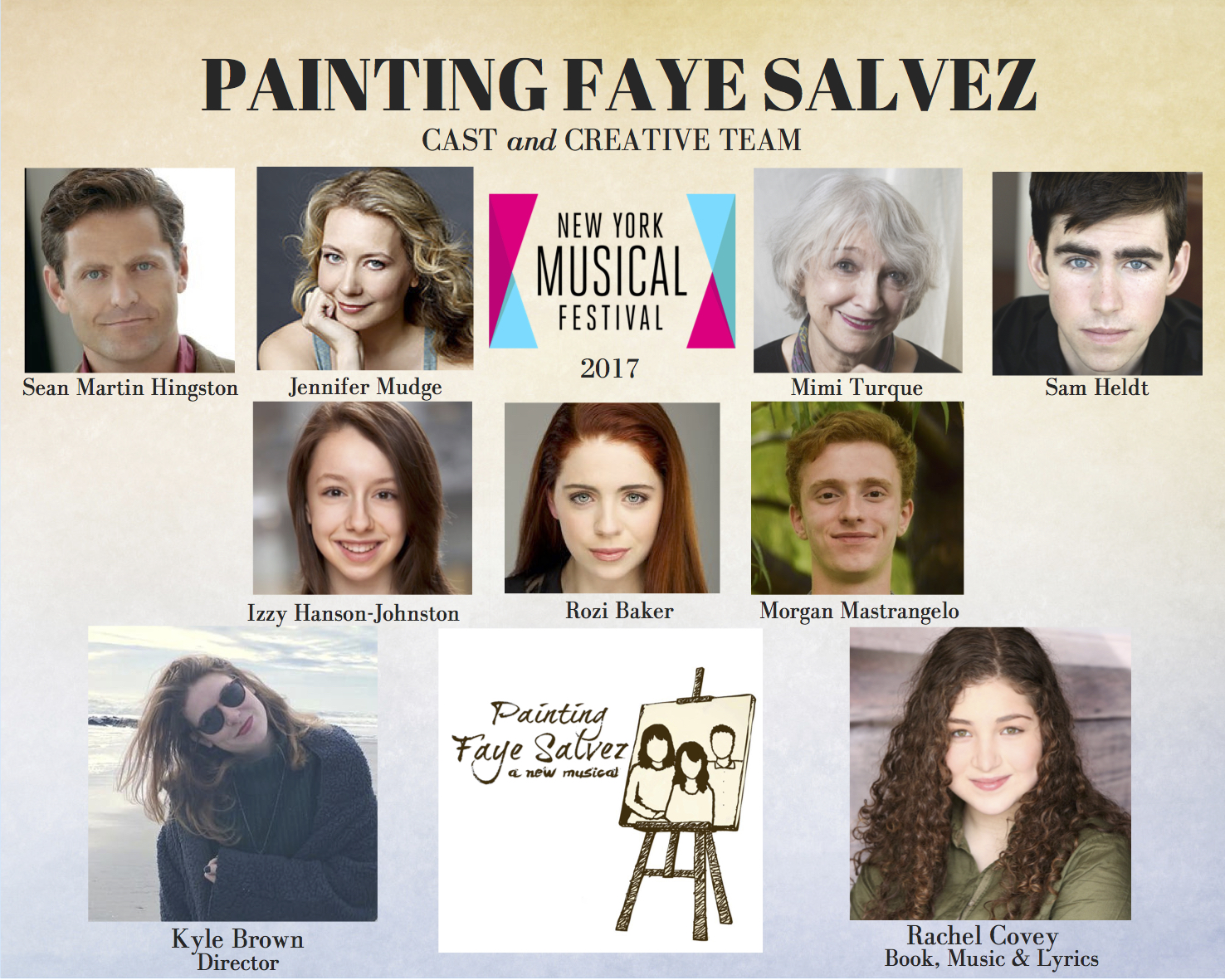 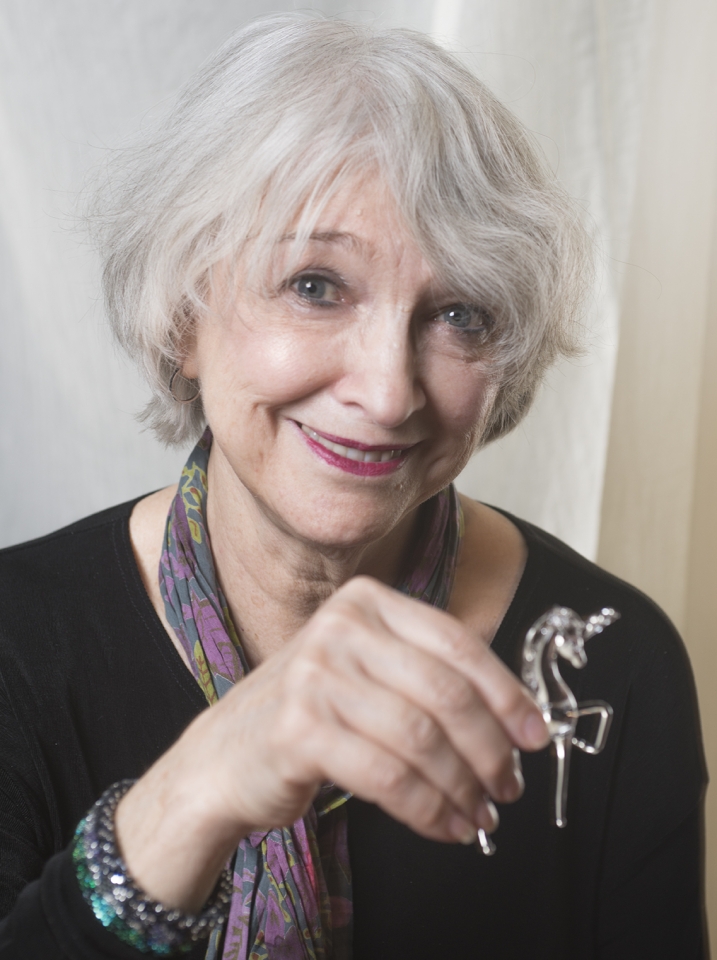 Mimi took to the stage as Louise in the 1961 tour of “Gypsy,” and has since performed on and off-Broadway in plays and musicals alike. Broadway credits include “Carousel,” “The Enchanted,” “Carnival!”, “Man of La Mancha” (in which she originated the role of Antonia), “Seeds in the Wind,” “Cry of the Peacock,” “Fiddler On The Roof,” “Threepenny Opera,” “Teibele and her Demon,” and “Kiss of the Spider Woman.” She has since added Writer and Lyricist to her many titles, and joined forces with Nancy Ford in writing “Blue Roses,” a musical adaptation of Tennessee Williams’ “The Glass Menagerie” which premiered at Lyric Stage in 2014. 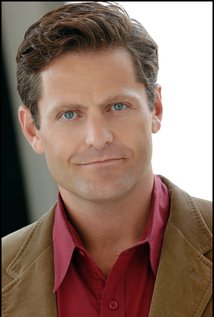 Sean has performed around the world and back, from Broadway (“Promises Promises,” “Crazy For You,” “Curtains,” and more) to Sydney, Australia (“Cats”, “42nd Street,” and more), to Carnegie Hall (“Bernadette Peters at Carnegie Hall”) and Radio City (“The Music of Andrew Lloyd Webber at Radio City”). He has done extensive regional work and has developed roles in new works such as “Contact” (dir. Susan Stroman), “Ever After” (Goldrich and Heisler, dir. Kathleen Marshall), “Little Dancer” at the Kennedy Center, and more. He was nominated for a Grammy Award for his work on the “Promises, Promises” cast album, and an Ovation Award for his work in “Kiss Me Kate.” You can also catch him on “Law and Order,” “Sex and the City,” and in Julie Taymor’s “Across The Universe” as well as Susan Stroman’s “The Producers.” 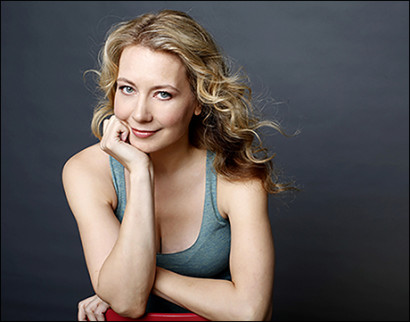 Jennifer took the Broadway stage in 2014 as Gloria in “Rocky,” and has been seen in on and off-Broadway productions such as “The Philanthropist” (Broadway), “Reckless” (Manhattan Theatre Club), “The Stendhal Syndrome” (Primary Stages), “Dutchman” (Cherry Lane Theatre), “Fault Lines” (Cherry Lane Theatre), “Don’t Go Gentle” (MCC Productions), “Into The Woods” (Roundabout Theatre Company), “Of Good Stock” (Manhattan Theatre Club), and, most recently, “Reasons To Be Pretty,” which was a part of the “Reasons” trilogy by MCC Playwright-in-Residence Niel LaBute. 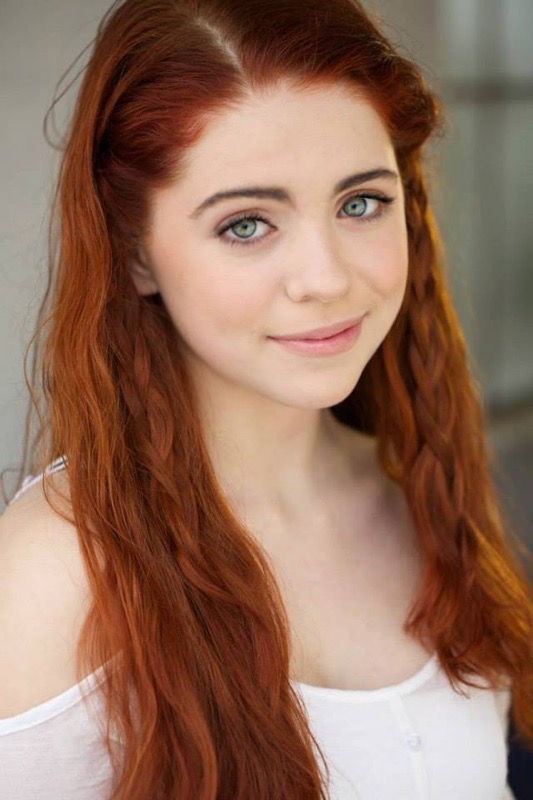 Rozi made her Broadway debut in “Shrek: The Musical” as Young Fiona. She has since been seen in “Mary Poppins” (Broadway), “Bonnie and Clyde” (Broadway), and other exciting new works. She has helped develop the roles of Opal in “Because of Winn Dixie,” Winnie in “Tuck Everlasting,” and Dani in Kooman and Dimond’s “Dani Girl” at the Cherry Lane Theatre and NAMT. 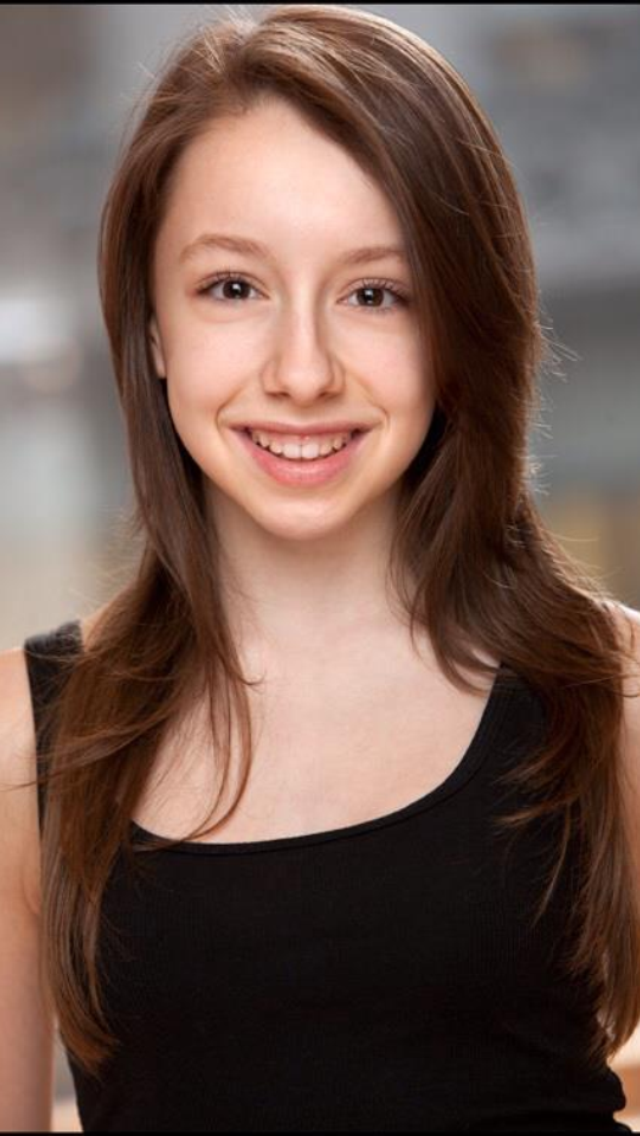 Izzy is known for her work in the original Broadway cast of “Billy Elliot,” and has since performed in works at Signature Theatre, Carnegie Hall, The Met Opera, The New York Theatre Ballet, and Second Stage, New Dramatists, and more venues in and beyond New York City. She’s been seen on Law and Order, Netflix’s “The Get Down,” and most recently, Mythic Bridge’s “Change The Script” PSA. She is currently pursuing  a B.F.A in Theatre at The New School for Drama and Performing Arts. 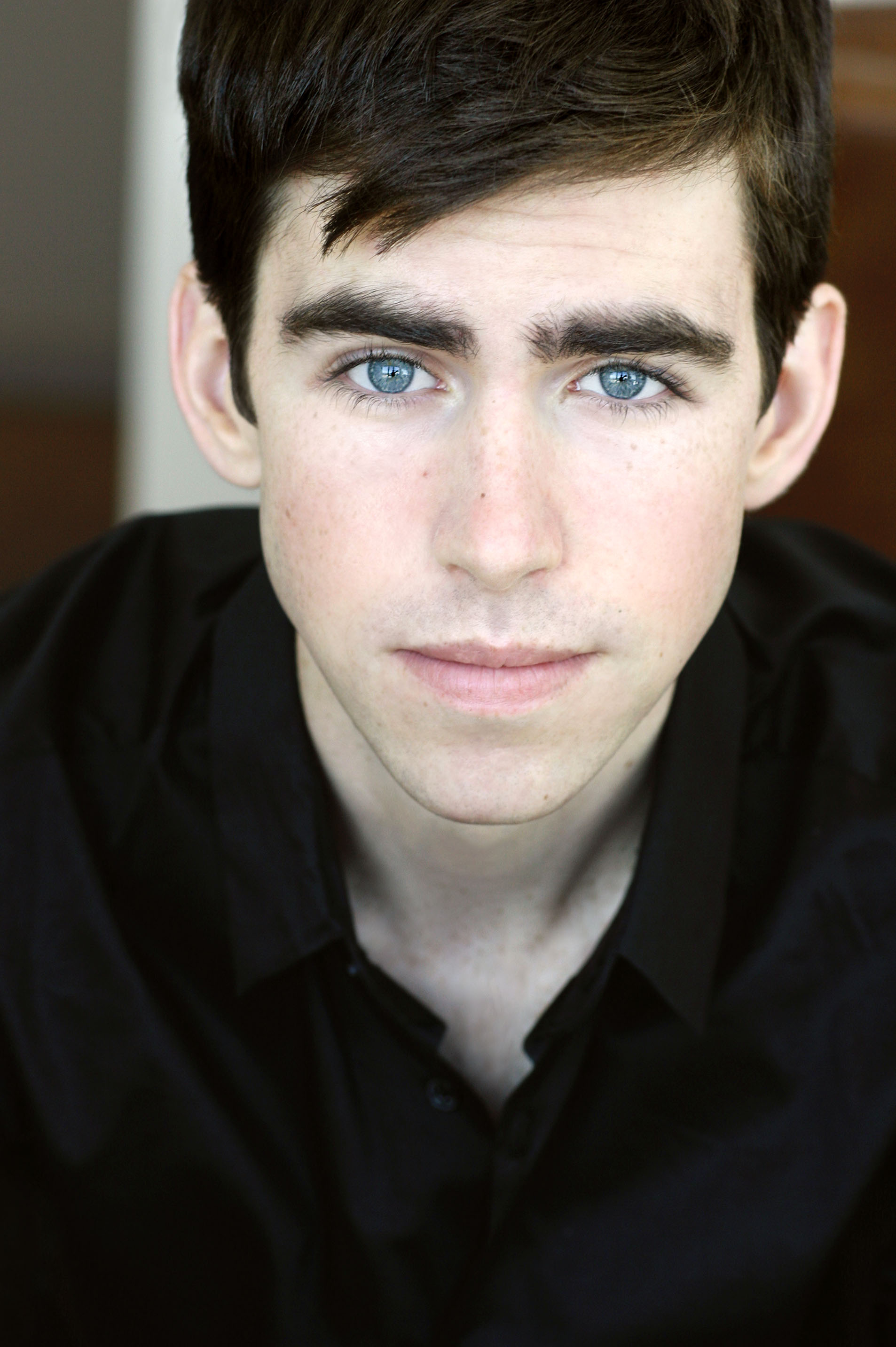 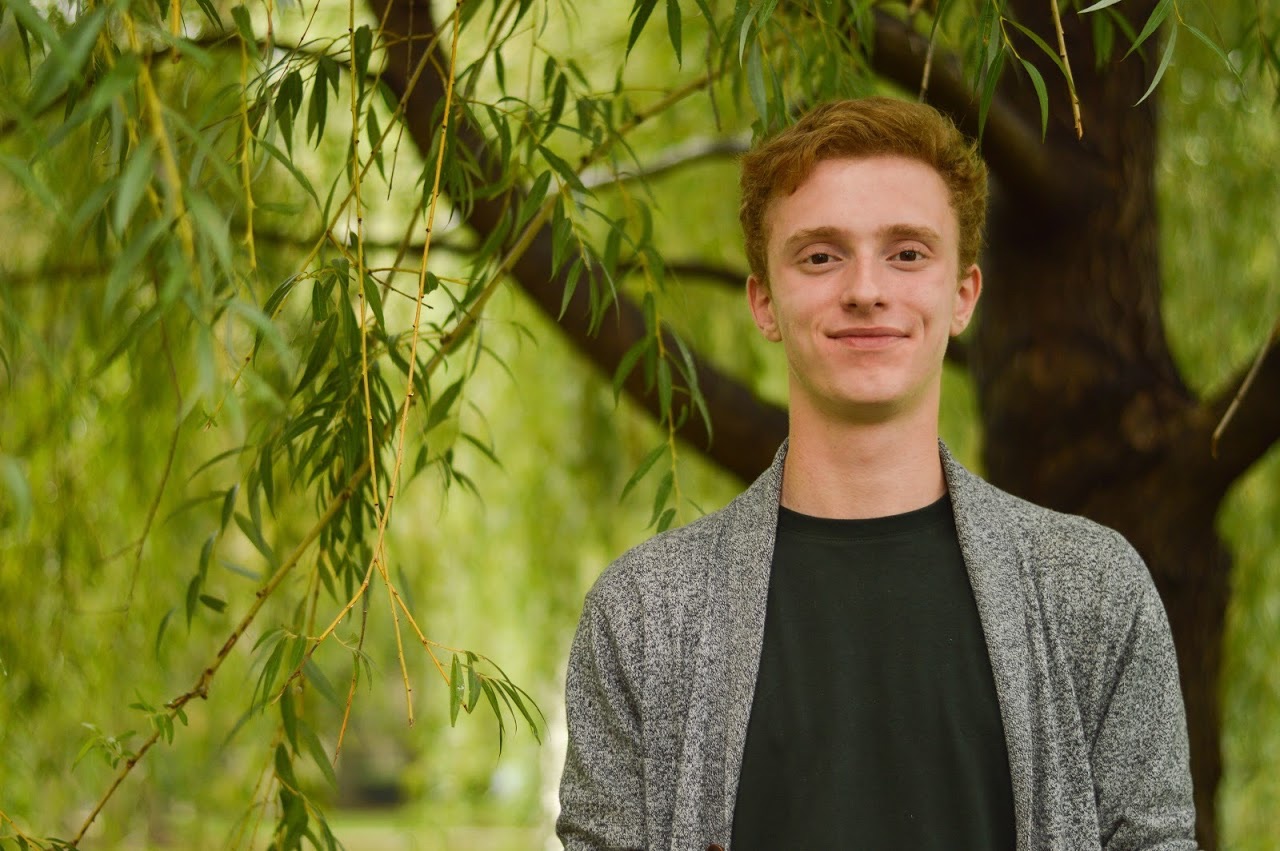 Morgan is a freshman at Northwestern University, currently pursuing a degree in Voice Performance from the Bienen School of Music and a certificate in Musical Theatre from the School of Communication. Morgan’s most recent credits were as JD in Arts Alliance Theatre’s production of “Heathers: The Musical,” and as Jon in the Struble Project Series’ production of “Tick, Tick… BOOM!” 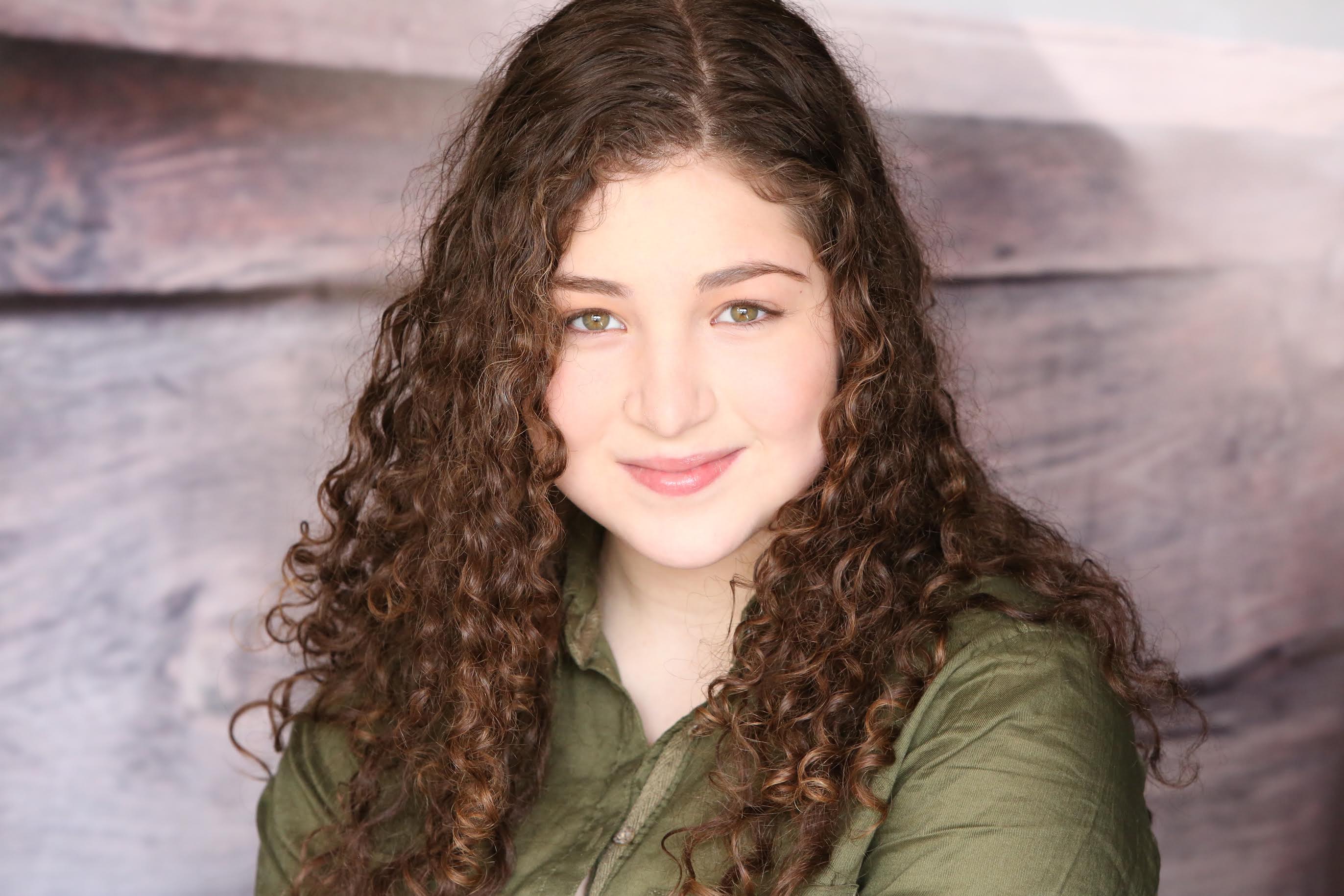 Rachel began her career as an actress. At age seven, she played Morgan in Disney’s “Enchanted,” and has continued to work in theatre, film, and television, performing in venues such as Radio City Music Hall, The Actor’s Studio, The Baryshnikov Arts Center and The McCarter Theatre. She has performed her self-authored one-woman play, “Waiting Room,” at Manhattan Repertory Theatre (NYC), The Player’s Theatre (NYC), and Capital Repertory Theatre (Albany, NY). You can also catch her on the most recent season of “What Would You Do?” on ABC! She is thrilled to have her words and music brought to life with the help of this beautiful cast and creative team. 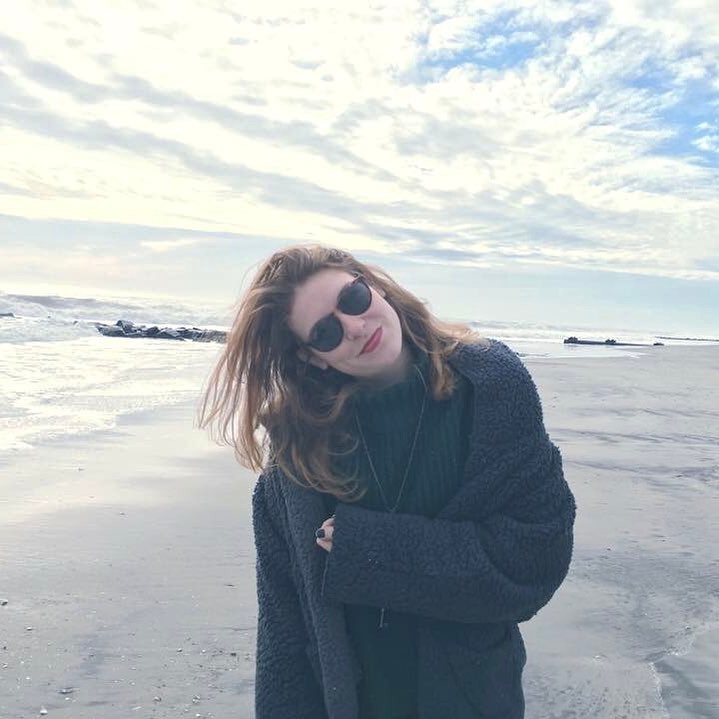 Kyle was the associate director of “Eclipsed” (Broadway and The Public Theater), “Privacy” (The Public Theater), “Kid Victory” (The Vineyard Theatre), and the V-Day Prison Tour of “The Vagina Monologues,” which featured formerly incarcerated women alongside professional actors. She is currently the dramaturge for the Public Theater’s production of “Julius Caesar” at Shakespeare in the park. We’re thrilled to have Kyle on our team, and can’t wait to see what she does with the piece at The New York Musical Festival this July! 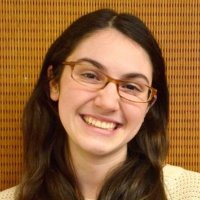 Fernanda has music directed productions at the New York International Fringe Festival, the Midtown International Theatre Festival, the Marymount School of NY and Columbia University. She is also the composer of several new works, including “PLATH” and “From Russia, With Love,” both of which have received productions in the past two years. Most recently, she has assisted Broadway music director Carmel Dean on a series of readings, and has become the associate vocal coach at Liz Caplan Vocal Studios.

Keep up with PAINTING FAYE SALVEZ on Facebook and Instagram as we begin rehearsals for the New York Musical Festival this summer!

View all posts by admin